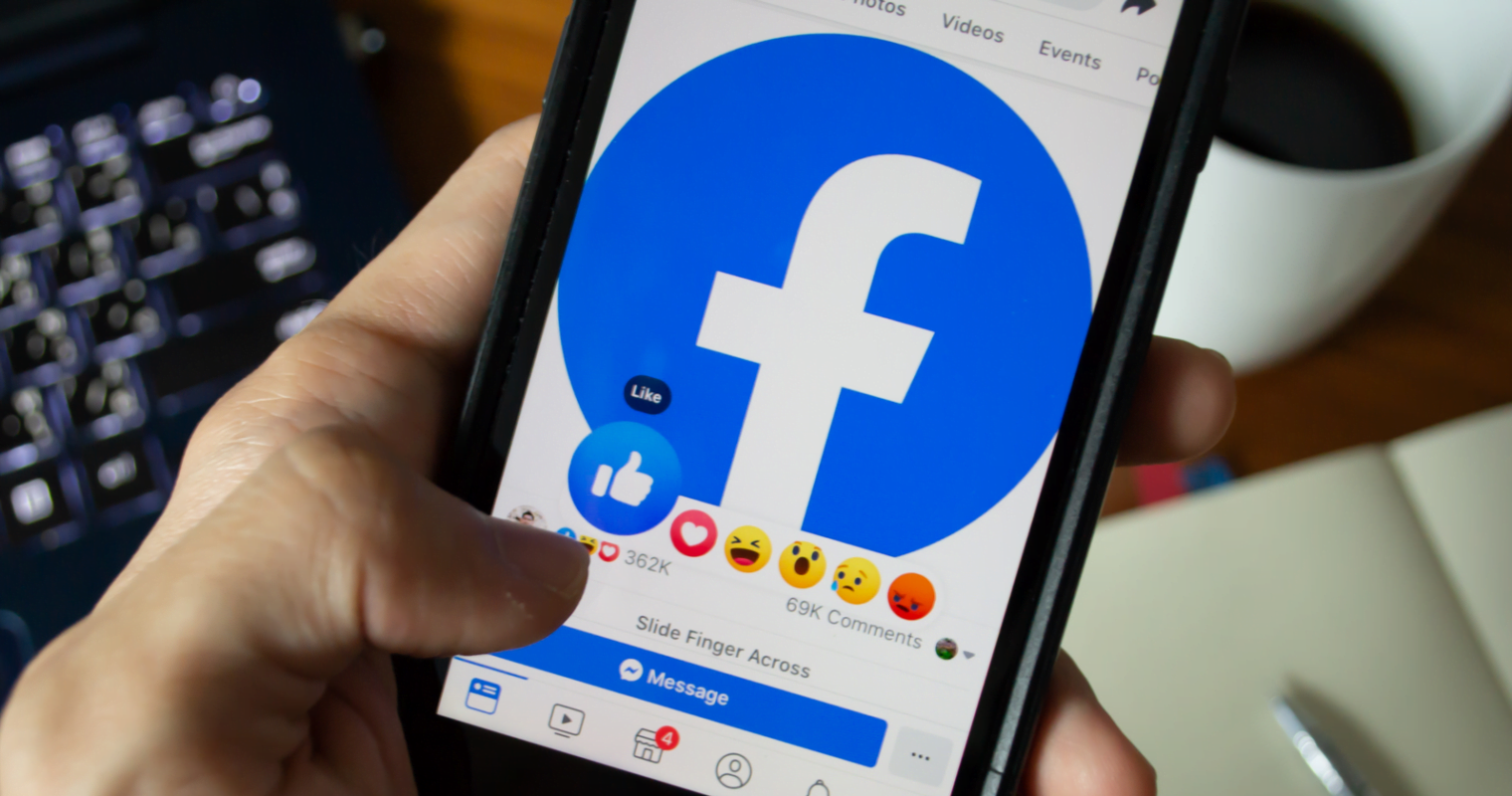 Facebook is a virtual world with a lot of apps. And they’re all different and (sometimes) addictive in their sense. Top Facebook apps like Farmville, Criminal Case, Texas HoldEm Poker, and much more are loved by users, serving as a great past-time, and perhaps, the perfect distraction. Sure, staying online all day to play games is unhealthy and not recommended, but a little indulgence never hurts anyone as long as you don’t have any other work. Therefore, here’s a list of the games you should try out if you’re free, online, and bored.

It’s a game that makes you feel like a badass detective or even Sherlock Holmes. Or maybe that’s just me. It would help if you had keen eyesight and needed to be quick about finding all the clues. After all, it would help if you had the time bonus. As soon as you start playing, Detective Jones is the one who tells you what to do and gives you hints along the way. But the hints have their limits at five bars.

You have a Tablet in the game, which is where you get your cases from. And as for the patients, not only do you need to find all the clues at the crime scene, there’s a lab where all the autopsies are done, and you need to go and discuss all the not-so-gory stuff so that the lab geek gives you another clue about the criminal you’re trying to catch. You also have a forensic kit.

Your score, time, and hints bonus are added up after you find the clues, and these are the things that decide whether you get a star or not. And don’t forget the gold coins. They all so give you experience and are what increase your level. To investigate cases, you need your energy. And every case has its own energy cost. So, after getting all the clues, you need to arrest the killer. And there’s always more than one suspect. You need to capture the one with the most matches.

But Criminal Case is quite fun to play if you like the ‘identify and spot the object’ kind of game.

Zoo World has one primary objective for you: becoming the best Zookeeper in the (game’s) world. You have to acquire various animals for your zoo and save and breed endangered species. You also have to buy kiosks. Players can also get their Facebook friends’ help and recruit some of them as zookeepers.â¨The game has hundreds of animals, some of them you might not have even heard of. Ah, but you can’t accept help without giving something in return.

Well, you can, but that’ll leave you with a guilty conscience. You can help your friends out by gifting them with animals in return. Ultra rare animals include Unicorns, Pterodactyls, Tyrannosaurus, and Rudolph. Yes, Rudolph, the red-nosed reindeer. And, let’s not forget the ‘Loch Ness Monster’, the Pegasus (which gives you a significant Clash of the Titans flashback), and the Werewolf.

Zoo World is pretty easy to play, and you should enjoy it if you’re an animal lover.

Farm Heroes Saga is all about stopping the main antagonist- The Rancid Raccoon. This little animal is on a quest to ruin the ‘Happy World Farms’, and it’s up to you to stop him. The game is quite similar to Candy Crush Saga in terms of the actual playing- switch around the fruits to match them in rows to pass the level.

The game is simple at first, and the difficulty increases as you go through the ranks. It’s a good past-time when you’re getting bored to tears, but not everyone can play it for more than an hour (or at least, I can’t). You have to switch and match strawberries, pears, and other fruits- including the one that looks like a sun, but I’m still not sure what it is.

Okay, so this game involves physics- don’t worry, it’s in a fun way. There are 75 levels in the game, and you have to help the main character, Papa Pear, bounce around the screen. Your goal is to get all the buckets at the bottom of the screen to light up and remove as many acorns as you can. Honestly, the way the buckets keep beckoning towards the pear is amusing. But that is what you need to do, so it’s all good. The game is fun and straightforward, and you should probably give it a try once. It doesn’t require that much thinking.

It’s got a pretty serious name, but in all actuality, the game’s quite fun to play. It’s a bit similar to Age of Empires. The game went through a series of expansions throughout the land and even a vast war. In the new era of Mercenaries, it’s your objective to build the greatest empire. You have to develop your army of mercenaries and go to war with other realms.
All in all, it’s a strategy game, one you need to play carefully. You can even get dangerous beasts for your army. If you go to war and win, you can loot and raid the empire you have beaten. It’s a game you should try playing once.

Another exciting strategy game that is also closely related to the original version; it could also be called the zombie field version of the original one. This game goes further than your everyday backyard: you have to go on different quests and even road trips and destroy every zombie that tries to stop you. There are new types of zombies and new kinds of plants. Another exciting feature is that players can send groups of zombies to their Facebook friends. If you liked the original game, give this one a try too.

An adventure and RPG game inspired by the manga and anime show Naruto. Please create your ninja, customize them, train regularly to become the best ninja. Aside from the training, the game has different Chapters and missions for you to complete. As you level up, there are four types of skills you can master: Body, Mind, Elemental and Passive. Your skills depend on what element you choose while customizing your character. You have the option to choose from Earth, Fire, Water, Wind, and Lightning. Completing missions and sparring against other characters will give you bonuses.

By completing missions, players can level up to different ranks, starting with Genin. To level up, you need to participate in specific exams. Completing quests gives you Elemental Ores, which are required to master your basic skills, among other bonuses. You need to buy new weapons and armor according to your level throughout the game, as they play an essential role in your battles. You can buy those at the weapons and armor shop, respectively, with the coins you earn through your missions.

My Ninja is pretty fun to play if you like ninjas and battles.

This game is set in a world where words are what sustain life itself. Explore planets and chapters, which have their own stories. Your introductory guide throughout the game is Watson, the Owl. He’s a cute little creature that wears glasses.

The game is all about spelling words. Each chapter has jumbled-up letters, and you have to spot words with three or more than three letters. Each chapter has a specific objective as well. Finding more words even fills up the star meter. There are 195 chapters in the game, so you have a long way to go before finally beating it. Also, each chapter has a bonus letter, and if you use it in a word, it leads to the bursting of surrounding letters.

A racing game with different vehicles and even animals. You can participate in separate cups for races or a time trial. There are six cups in total, all with three levels of difficulty: Easy, Normal, and Hard. You can even customize your player by choosing the gender, outfits, and vehicles, though you need to earn cash before selecting a car of your preference. Not only that, but you can also unlock a dolphin. Throughout the race, you need to control your mode of transportation carefully. One wrong move could end it. You can even perform stunts to earn more points. The game is fun and even challenging. Try it out if you like racing games.

The main protagonist of this game is Jelly, the little glutton. It’s a puzzle game that’s all about matching up the same food pieces. Make them disappear, and help Jelly. With four delicious game modes, explore the world of Jelly Glutton. There’s ice-creams, candies, biscuits, and fruits. Each level has its objective, and you have to complete it. Completing the stages also gives you stars: complete stories and set personal records. The game is pretty easy to play, but playing it made me hungry. If you’re bored, give this one a chance. It’s pretty cute, even though the way of playing it is pretty standard.

When Saving A Few Seconds Is Worth Nine Grand
Susan M. Davis September 3, 2022